I was a bit nervous about this one on account of that fact that, let’s face it, the title is a bit rubbish. In bringing the spy world into the modern era, Brexit, Trump and everything else, I was concerned that Le Carre, would seem rather out of date. Not so. For an old chap, he doesn’t sound like one and this is a brilliant book.

It is classic Le Carre – tense, intelligent, well thought out and in possession of that extra dose of sophistication it is hard to put your finger on. There is no action, no explosions, no car chases. Just pure espionage and is actually quite touching towards the end. It wouldn’t surprise me if the machinations of the story were not quite an original template, it doesn’t feel stale and the modern applications are not jarring at all. 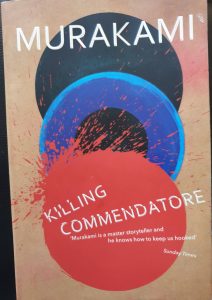 This is a wonderful book. It is ethereal, contemplative and fantastical to the point that it never quite explains itself but somehow, that doesn’t bother me. Reading this book is like meditating. The style of writing is assured and mature, which I suppose one would expect from someone like Murakami, although I have never actually read any of his other books. I will be doing so after reading this one. 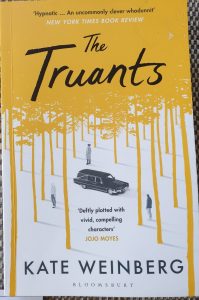 I bought this book on the basis that the cover looked cool and  also down to some of the testimonies – “A cross between a wicked Donna Tart and Agatha Christie,” hypnotic”, a ” deftly plotted” murder mystery. More fool me.

I am never a fan of panning a book that has probably taken someone a lot of time and effort to write, especially since I have nothing published of my own, but perhaps it is that very fact that annoys me so much. This is a terrible book. It is a non-event. Nothing happens. You could sum it up in a sentence. I genuinely don’t get it. There is barely even a murder, let alone a mystery. That something like this is published is mind boggling to me considering the plethora of talent that undoubtedly lies amongst the slush piles.

The one positive I can take from this book is that the cover really is everything. That and the fact that it doesn’t matter if you lie unashamedly in the testmonials on the front and back of the book. 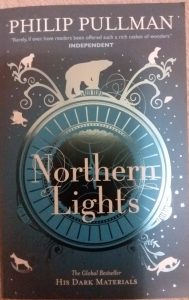 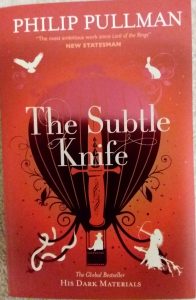 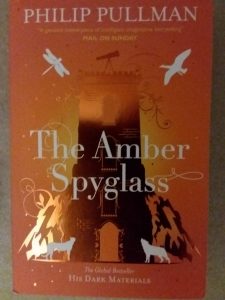 I have been meaning to read these 3 books at one time or other for a long time. I think I started the first one when I was at school but somehow didn’t get on with it and stopped reading very quickly, which is unlike me.

I went back to them as they ahve garnered so muhc hype that I thought I must give them a read and they were quick reads anyway if I didn’t like them.

The story is certainly very in depth and incredibly imaginative. It is quite deep at times. They are however, nothing more than ok in my eyes. There are better books for young adults out there. No doubt Pullman is a brilliant writer and brilliantly descriptive but it was all just a bit too wacky for my liking. 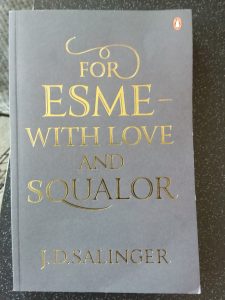 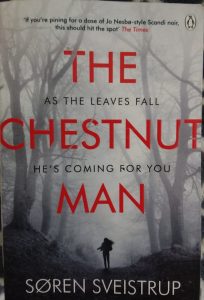 This was meant to be another quick and easy filler and again, it fulfilled that perfectly. And then some. I haven’t seen ‘The Killing’ but it’s apparently by the same guy that did that. Suffice to say, I might give it a watch as this book was awesome. It was a classic two-page-a-chapter thriller. Loved it. Although perhaps a little predictable (Ok massively predictable), that did not detract at all from the overall experience. Roller coaster ride from start to finish and genuinely chilling. Probably another one for the poolside. 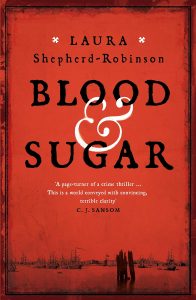 This book is as topical as it gets being based around the slave trade in 18th Century London. That certainly was not planned but nevertheless provided an interesting context to everything going on at the moment in the real world.

That aside, this was meant to be a quick easy read after a long non-fiction. That it was, but it was also excellent. A real murder mystery and brilliantly written and imagined. I would thoroughly recommend it – perfect for the sunlounger by the pool as they say, although there’ll be little of that this summer I suspect.

With such nice weather, I hope you’re all staying inside! Quarantine is a funny old thing and through something like this we get to see both the best and worst of humanity. (It’s just unfortunate that, in a situation such as this, we are only as good as the worst of us). It’s gearing up to be a rocky few weeks with the day job so it’s nice to catch up with this sort of stuff in the downtime.

So, while the covidiots rush out to their barbecues, the sensible people stay indoors and the Americans head out to buy loads of guns, I thought I’d update on the book.

A couple of rejections thus far but most agents I have carefully selected have not yet got back. It’s worth saying that, having researched exactly what getting an agent represents to a fairly extensive degree, I have been selective in who I have gone for. It’s a given that I am looking for agents who have interests in books such as mine, but I am also going for those with non-fiction interests as well, not least because I have ambition to write in both arenas. Of course, when someone is recommended to you, that’s even better.

But here’s the thing. I don’t know if anyone else does the same (and even if they don’t admit it, I suspect they do) but I have been placing a significant emphasis on selecting those with whom I think I would work best based on how they look in their photographs. Where I can find interviews with them, even better. Call me superficial but I feel like I am a fairly good judge of character and so can usually gain a good idea of whether I would click with someone based on their appearance alone.

They say don’t judge a book by it’s cover, but I’ve never heard anyone say that about agents so I’m going with it. I only hope they will adopt a similar approach when assessing my material. The whole process feels a bit like online dating and if history has taught me anything, it’s that I’m not very good at online dating. Time will tell.