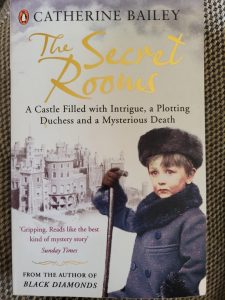 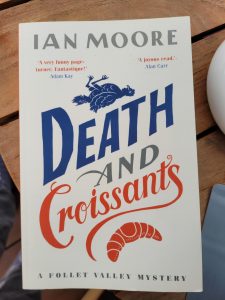 The best thing about this book is its title. It really is a cracker and it sold it to me in one go. Unfortunately it’s all downhill from there. The plot is a bit simplistic, the prose is disjointed and built around various dad jokes  rather than the other way round and there is some shoddy, confusing dialogue on the other. Thankfully quite short so you can get through it nice and quickly but really, best avoided. Have a chuckle at the title but don’t be fooled to go any further than that. 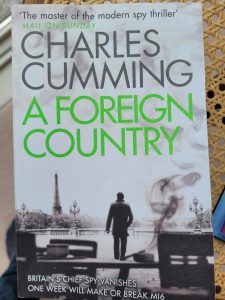 I sought this out as I read another of his books – Box 88 – and really enjoyed it. This lived up to my expectations. He writes very well and the action is tense, interesting and slick. I love the spy aspects it goes into and I will certainly be reading the other books he has written. 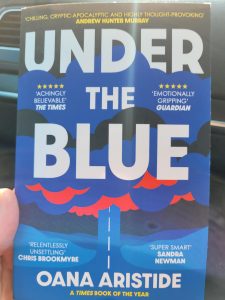 This was a random pick up in Waterstones. Cracking buy it was too. Although it was a classic cliched apocalypse novel, it was also a thought provoking account on the worth of humanity and how it regards itself. It carries an important environmental message and added to that, it is written very well. Enjoyable and I would recommend. 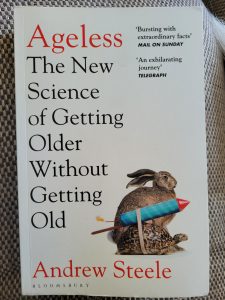 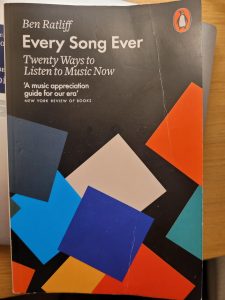 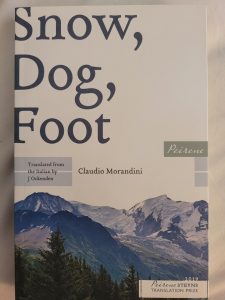 An intriguing book, translated from Italian. This was gifted to me and can be read in an evening. I am no connoisseur of translated works but it seems to me they have done a marvellous job. The story itself is good. It charts the descent of a mountain man into dementia or madness over a winter, all in the presence of his dog. As things progress the dog becomes more and more human while the man changes in quite the opposite way and is a reflective account of humanity. Glad I read this. 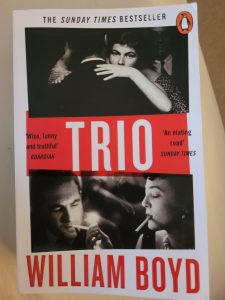 William Boyd is one of my favourite authors and so I was always going to give this one a read. As always he writes brilliantly. His prose is concise and seemingly effortless. The story in this case is not really very tangible however. It is a series of events in three people’s lives rather than an actual cohesive ‘story’ as such. Most would not be able to get away with this but his reflective way of writing helps get this over the line. Not his best by any means. 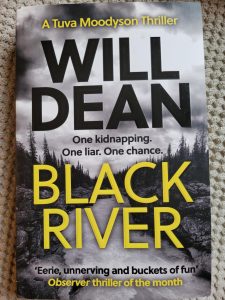 Loved the first two instalments of this series. Good old fashioned page-turner. I had liked the snowy setting so was a bit cautious about the fact this one is set in midsommar amidst a heatwave. I needn’t have worried. This was fun and I devoured it in a day.

I look forward to the next one. 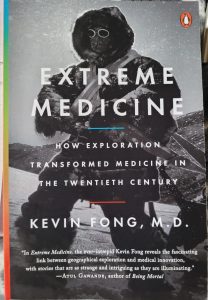 This one missed the mark for me unfortunately. It markets itself as a book looking at how exploration transformed medicine and even has a polar explorer on the cover. I had envisaged exciting accounts of expeditions to dangerous corners of the earth in which people had to draw upon medicine to help them out. Think jungle medicine to treat gangrene or the account of a polar doctor having to perform his own appendectomy. In reality it mentions people like Scott  only in passing as a way to justify the title and then goes off in completely different directions. It lacks a focus, darting between different areas of medicine with basic text book-like physiology lessons alongside scattered and padded out anecdotes. The space bit towards the end is the only bit that really fits the bill but, for me, is only mildly interesting.

There are better books out there on exploration and medicine. This falls through the cracks of both.