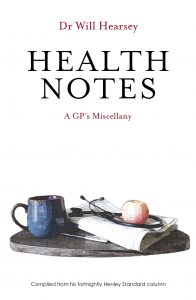 With any luck, I’ll have a book out on Amazon in a week or so. That’s pretty exciting. As much as I would love it to be my novel however, that will perhaps have to wait. Instead, to get at least a foot on the ladder, I decided a while back to compile my medical columns published fortnightly in the local paper into a book.

From an early stage I wanted to be realistic about what I wanted from this. Primarily, if any agents were swayed by my having published something then that would be tremendous. I had put a few feelers out to see if any agents wanted to get on board with this project but to no avail. Rather than wait forever, I decided to go the self publishing route. After a lot of research, it became a bit of a no brainer to go with Amazon.

It is actually a pretty simple system. I have had to work pretty hard to get it all formatted and ready but once that is done, the process can be pretty much sorted in 10 minutes. I am at the stage where I have sent for a few proof copies to make sure the paperback version is not rubbish (fingers crossed) but once I’m happy, I just click the button.

There have been a few choices to make along the way. What price I should sell it for is one of them. Amazon allow 60% of the royalties for the paperback which I guess isn’t bad in the circumstances and it is a print on demand system. In other words, people buy and order it online and it is printed once for each individual order. This avoids me having to print a bulk load of a hundred and then seeing me stand by as they are all pulped. Paramount in my mind when making this decision was the closing scene of Alan Partridge season two.

Lockdown has made the decision for me as to whether or not to buy any copies myself and flog them at book shops. My biggest outgoing therefore was a cover. I wondered whether this was something I could do myself and I gave it a go but in the end, to avoid hours of frustration and potentially getting the formatting all wrong anyway, I decided to hire a professional. This was also very easy via a great website called Reedsy and a chap called Anders helped me out with getting a nice professional design all worked up. He cost a fair bit but I didn’t really mind.

If I make enough from the book, I might break even. To make any money on this was never the main goal and I realise that there will be a finite market for this one – essentially the readership of the paper. That market, although limited, is not insubstantial however. If I make a loss, quite frankly it will be nice just to see a book with my name on it. I could tick that off the bucket list at least and if I do make a bit of money, then all the better! 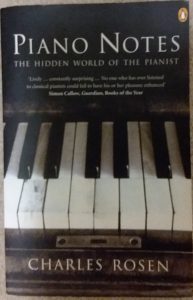 This book was leant to me by my piano teacher. It’s written by a big time concert pianist and is interesting if not highly specialised. It goes into the intracicies and subtlties of classical piano music in such detail that it can only be truly appreciated by someone immersed fully in that world. But as someone interested in music of all types, the parts on the ways in which we appreciate music and interpret it were very good. Not for everyone this one.