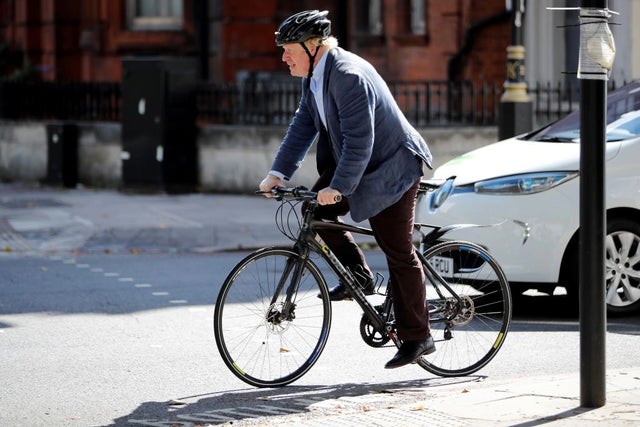 It’s been however many weeks now in lockdown and, although easing a little, much of the entertainment (or at least unpleasant distraction) is watching our government muddle their way through things in farcical fashion.

Covid aside for a second, there was furore about the $26,000 (actually pounds but my keyboard doesn’t let me do a pounds symbol) or so salary limit on foreign workers, with critics accusing the government of not valuing the work of those on lower salaries. My gut reaction was to agree with the dissent until I heard another side to the argument – that workers below this salary cap can be more easily and more cheaply trained; not that the people and the jobs being done were at all not valued. I don’t like our government, don’t get me wrong, but it was a moment I had to check myself and remind myself that there is bias on both sides of the spectrum and there are always two sides to the story. This is something that we must all be wary of. Even when there is no attempt to deliberately mislead (and there are plenty of examples of that), the sheer strength of opinion almost took me to one side of an argument that, when one looks closer and puts aside bias, is not quite as simple as it seems.

I tried to remain measured when it came to Cummings. I really did. ‘If it was just a trip up to the house in Durham to isolate there’ I said, ‘then well I suppose I can understand that’. Of course, everyone now knows it wasn’t just that and to defend it is indefensible in itself. If you disagree you are hopelessly deluded or there’s something in it for you.
It is this sort of blatant disregard for accountability and flagrant shamelessness that we have come to know and love in politics in recent times, to the extent that even those who have practised it in the past have called Cummings and the PM out for it.

Our leaders are a bit like that naughty child at school. The one who constantly pushes his luck and plays up, each time emboldened when the consequences are far less severe than anticipated, the bluff of punishment having been well and truly called.

Not many succeed at this better than Donald Trump but, to me at least, it is obvious in our government too. Frankly I wouldn’t even trust Boris or anyone of his cronies to take a picture of me lest they run of with the camera. What surprises me is that some people are surprised. There are those who are now saying that this blatant refusal to be held to account in a position of power is a slippery slope. Of course this is true but what many don’t realise is that we’re half way down that slope already.

Enough of that. In other news, I’ve been reminiscing on my childhood Wednesday evening tv viewings (the slot just after the Neighbours/Simpsons power combo of my teenage years). Star Trek is not my favourite of the “Star” franchises. Despite the tangled and ill thought out mess of the recent Star Wars films, I favour the original trilogy above all else. Having said that, I did enjoy Patrick Stewart in the Next Generation, if not just for the outstanding potential for quotes. (“engage”, “make it so” etc). The new Picard series was something I was a bit sceptical of as reviews had, for some reason, been a bit cold. I have no idea why because quite honestly it’s brilliant. Clever, action packed, stylish, nostalgic and quite poignant so far, I am absolutely loving it. I genuinely don’t want it to end (although I will definitely finish the series, unlike my refusal to watch the last season of Lost, thereby somehow making it last forever in my head). Anyway, watch Picard, it’s awesome.

One final note, this week on cyclists. This lanky and lycra-clad species are a perpetual menace to me at the best of times. Let me be straight, I am never aggressive and am always safe when I drive but deep within me, I boil over with rage whenever I see one on the road. They are particularly irritating when strong in numbers, sitting lazily in packs across an entire lane and quite literally stealing 10 minutes of my life away from me. The rage is intensified all the more as they sail straight through a red light, presumably safe in the knowledge that they’ll just phase through any oncoming traffic without so much as a hair out of place (although is it just me, or are a lot of them not just tall and lanky but also quite prone to balding as well?). Either way, I don’t know if it’s the lockdown, the weather or both but there’s bloody loads of them out at the moment. They need to stop it. In the interests of balance, I will mention the one cyclist who waved me past him as the traffic light went green the other day. I was so shocked that he’d even obeyed the law enough to stop at the red light, let alone reveal some semblance of a conscience, so perhaps I didn’t thank him as much as I should have done. Regardless, he is in the minority. Get rid of them.

Ps. As a doctor, quite apart from the environmental benefits, I would say cycling is an excellent form of aerobic exercise, especially if you want to take the load off your knees and it should be unfalteringly encouraged.
W