“I see music as a catalyst for thought and emotion.” 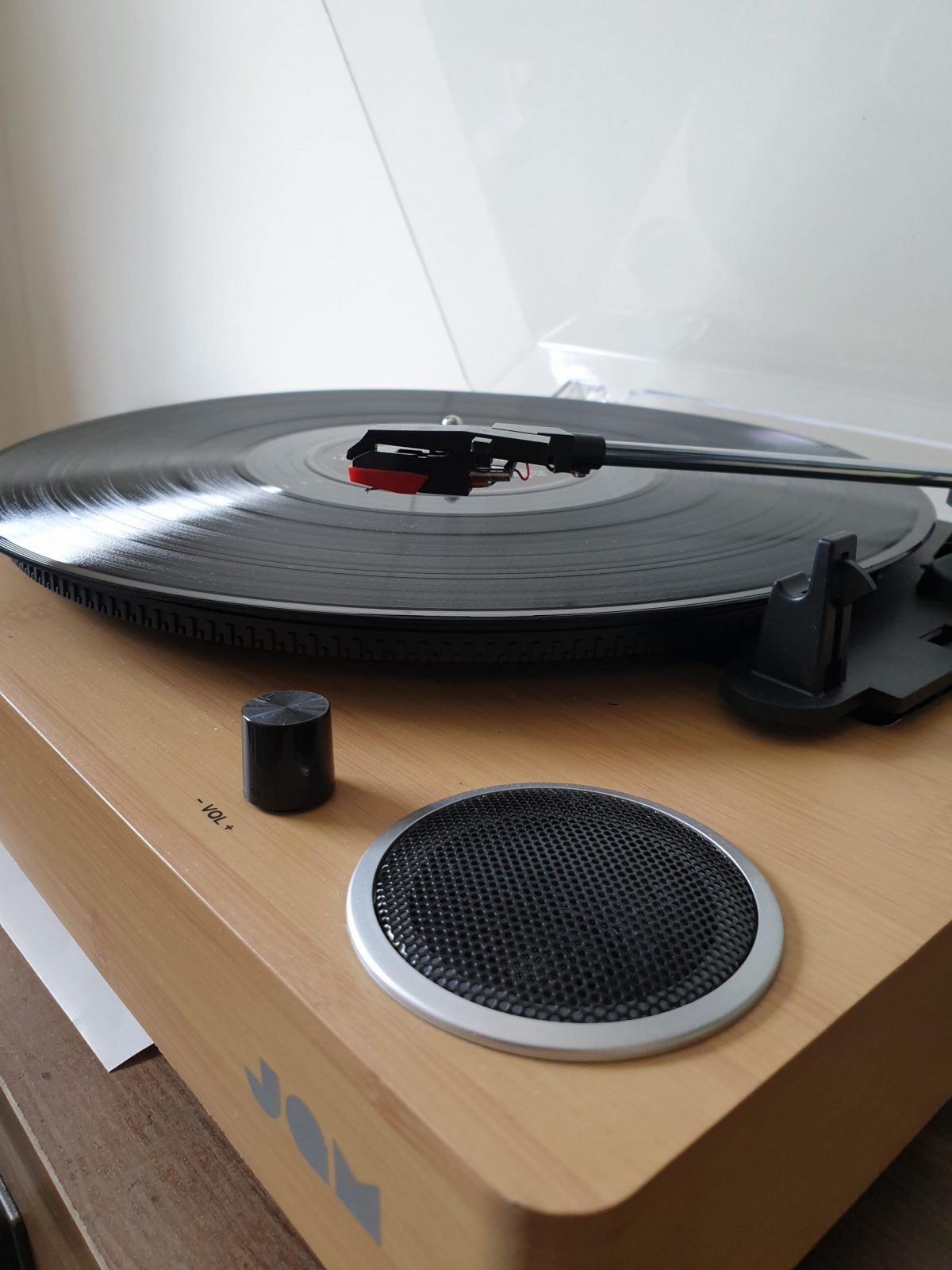 “Music can change the world because it can change people” according to Bono. To be honest with you, I’m not really sure what he means by that. Indeed, I am not even sure whether the cheesy Irishman really knows what he means either. When it comes to music and what it represents, there are quotes galore from musicians and all sorts of other people on the subject of music and their interpretation of what it means to them. Lots of them refer to it being “life” and part of their “soul” and stuff like that.

Whatever anyone says, it is clear music is important. The recorded music industry was estimated to be worth $19.1 billion in 2018. That it is so popular is no coincidence. There is a difference between playing music and listening to it of course. Listening to it or playing it to yourself is enjoyable for reasons I will go on to explain. Performing it to an audience is altogether different, like opening up your mind and sharing an experience with other people. For those who are shy or lonely, this collectivism can be quite a release and encourage others to understand them a little. It is a way to gain recognition and to evoke a feeling of belonging to the performer. Very often, those listening will experience the same feeling and this may transcend the actual music itself. After all, most things are more enjoyable if experienced together.

It is the versatility of music – the ability to be both solitary and communal and to appeal to all types of human being – that is its main strength.

Despite all of this, I find myself listening to music less and less. A large part of it is related to how music is delivered in this day and age compared to when I was growing up. I used to love the excitement of getting a physical CD and listening to an album; fresh, organised and planned. I am of the cohort who insists on reading actual books rather than surrendering to kindles. Electronic versions whether it be music or books lose something in my opinion. Having the actual copy in your hands feels like the complete project rather than just a knock off version. There is also the draw of building a palpable collection that one can put on display and pick from at leisure rather than hiding away in a dusty hard drive somewhere.

Quite apart from the above, although streaming does still give one the option of listening to an album, it tends to be more a case of listening to individual songs these days. I have compiled some Spotify playlists to which I will add a song on occasion but find that playing these playlists over and over again gets a bit tired. New music is ever harder to come by and I find that relying on the algorithms Spotify uses is not quite the same as my discovery methods used in my youth. I can’t put my finger on why it doesn’t seem as good though.
Part of the problem, I suspect, is the sheer volume of music available now. On the face of it, one might see this as a good thing but when you factor in the quality on show, it becomes more clear.

Music as an entity is incredibly broad, so much so that it could be considered several different entities altogether rather than a single thing. I tend to think of it as similar to the concept of life – one form of music can be as different to another just as a single bacteria is to a blue whale. With a hugely varied spectrum of quality and an ever increasing ratio of good vs bad, the general pool of music available has been severely diluted.

Using the current ‘hear a good song and wack it onto a playlist when you hear it’ method of collecting music nowadays – by no means my favoured primary way to engage with music but all I am left with – the dilution of quality serves as a huge hindrance to this process.
We favour a song if it has the ability to enhance our current emotion, almost like a drug used to accompany everyday life. This could be joy, sadness, hopefulness, introspection, wonder, a feeling of courage and self-assuredness or any one of a multitude of other feelings. This is what composers are going for when they write (for the most part). Leo Tolstoy said that “music is the shorthand of emotion” and I would tend to agree. Imagine a scene from a film without music – far less intriguing or gripping for the most part. To that end, I see music as a catalyst for thought and emotion.

My thoughts on what makes a good song therefore starts with the above definition. Beyond this, things begin to get highly subjective and quite hard to put into words. For my part, a good song may fall into any genre and can be simple or complex. It will most likely have a unique and interesting and evocative melody alongside an intelligent rhythm. I also like a progression; a sense of building although, particularly for pop music, symmetry and appropriate resolution is a positive. Clever and well thought out use of time signature and pushed beats are features that draw me to a piece. I enjoy aggression and extravagance in my rock music and intricate and technically impressive instrumentation in jazz and pop. Orchestral music appeals to me if it is epic and bold rather than understated; think the Riders of Rohan theme from The Lord of the Rings as an example. Use of the right instrument is of interest to me as well but this will be dependent on the song; I don’t have a favourite instrument to listen to per se. Finally, nostalgia has a big part to play too – much like a smell, a song has the ability to activate memories in just the same way.

For me, lyrics are not that important. I do write music and I do take care to write lyrics of good quality that relate to a piece’s message but, ultimately, the music is far more important to me. I will rarely listen to the words of a song and I’m unsure of the lyrics to even some of my favourite songs.

Changing tack for a moment, there are certain things that will mark out poor quality music in my eyes. What does nothing for me is a song that lacks in detail. Much the same way as a childrens’ cartoon or a plastic toy will employ broad and simple colours and few points of real detail, so too will a generic song peddling the basics and nothing more. Unfortunately, there are a lot of these around, often relying upon a generic template; a cheap knock off of a once original idea – one known to sell. The fact that there are many of these around is likely due to several reasons. For a start, the market for children is a big one and so it follows that music appealing to teenagers and even younger exists and that it is fairly basic and uninspiring. Beyond that, there is a tendency now for the emphasis in music commercially to be more on style and image of the artist rather than the music itself. Many a song has been released by an artist well known for their influencing more than the quality of their music. It is likely that people will truly believe they like the music even if they wouldn’t think twice about it if released by a jobless drifter. There is a psychological premise behind this, the same one that leads people to rate the taste of whisky served in a crystal glass higher than the same one served in a plastic cup.

Unfortunately, for those interested in just the songs, this is not helpful and results in artists releasing material they would normally leave on the cutting room floor as they know it will sell anyway.

Thirdly, there is a category of people – and sometimes I feel this category is quite large – whose draw to music is so superficial, that they are drawn in by the trick of a catchy riff or a gimmicky chorus. They don’t have the ability to appreciate anything deeper. Before you say I am being a snob, let me explain. Some people really don’t have that ability. In the same way I can’t comprehend how someone can paint something from scratch, nor can others comprehend the sounds we hear and process them as such. Michael Jackson once said that “everything living has rhythm.” Clearly he never saw my Dad dance. Nor does everything have melody for that matter. My flat mate at university could not hold a note let alone a tune. Music is very much in the mind.

As such, there are a lot of people out there that are content with a broader collection of music, whether they like it or not , as they don’t necessarily comprehend how one can appreciate in any greater depth. Popularity drives industry and music is very much a capitalist endeavour. The onus is on selling music rather than producing something of quality and clearly it works.

Of note, there is another cohort at play here. The ‘music for quality’s sake not commercial potential’ crew, of which it would appear I am part of based on the above. That may be true but there is colossal potential amongst this group for pretension and can result in just as much dross; music to make a statement rather than actually being any good.
The sweet spot for a good song is, in my opinion, not commonly hit upon and is often not consistently hit upon by one person (hence the occasional but increasingly rare greats).

The upshot is, I find myself searching endlessly for good songs and this can be both time consuming and frustrating. When I do stumble across a decent one, it tends to be in isolation – there is no cohesion to the quality stuff, scattered as it is across genres and artists. What matters I suppose is that, as long as the mass of music out there (including the bargain bin dross) has an audience and evokes a strong emotion in people, it could be said to be valuable. My fear is that a lot of it is at least partially popular for the wrong reasons and moreover is detrimental to the production and showcasing of higher quality material.

For me, writing this has been quite cathartic and will no doubt redouble my efforts to find more music. There are phenomenal amounts out there. Just being out there in this day and age is not enough though. Finding a way to organise and collect my music to replicate the excitement and novelty experienced before the streaming age is the key. Whether that be vinyl or just being a bit more organised with my Spotify, I’m open to suggestions. If you have any tips or indeed any good new music, just drop me a message! 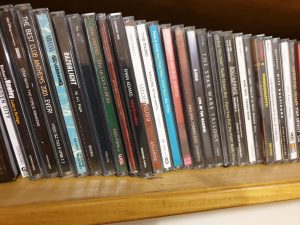