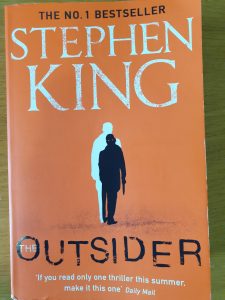 This was a bit of an impulse read. I needed something light and this one didn’t disappoint in that aspect. It begins with an intriguing conundrum and plays out like a traditional detective novel. The first half is therefore really good. Then it gets chilling, and after that, it just gets silly. I should have realised from the author that there would be a supernatural element, but setting it up in such detail had me thinking he had changed tack and tried his hand at something new – that there would be some clever explanation at the end of it. There wasn’t, it was just lazy supernatural humdrum. It was also a follow-up to one of his previous books which I hadn’t read. It was alright, but I’ve read far better.

Warning: A non-numeric value encountered in /home/customer/www/wilfredjames.blog/public_html/wp-content/plugins/insta-gallery/includes/models/Account.php on line 83